Do people keep questioning us how many bts movies are there? As of 2020, BTS has a total of 4 films. BTS members have acting experience, although they have yet to appear in an American film. V made his acting debut alongside his Wooga Squad teammates Park Seo-Joon and Park Hyung-Sik in the Korean drama Hwarang: The Poet Warrior Youth in 2016.

Jin has also worked as an actor. Because the group produces so much stuff each month, it isn’t easy to keep up with it all, and the sheer volume of it all comes as a surprise to new fans. The films were massive hits worldwide, while the documentaries and Netflix series drew in huge audiences. In this post, we will acknowledge the bts movies in order.

How Many BTS Movies Are There? – Check here! 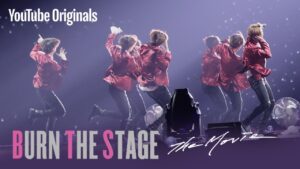 In 2018, BTS debuted its first docu-series, BTS: Burn the Stage. The documentary team follows BTS for eight episodes on their 2017 BTS Live Trilogy Episode III (Final Chapter): The Wings Tour. Each participant was able to talk about their personal life and their passion for music during the series. BTS: Burn the Stage is BTS’s approach of “telling their story as real beings, rather than idol stars, to their fans,” according to the show’s synopsis. Among all bts movies, this one is the most popular.

Do you know? – What Relationship Is Between Suga From BTS & His Dad?

The Movie includes even more videos from their Wings tour and fresh new interviews with the band members and opening acts. The docu-series and the Movie Burn the Stage debuted on YouTube Red and are only available on YouTube Premium. If you don’t have the streaming service, you may still watch the first episode of the docu-series for free. A one-month free trial is available for fans who want to see everything right away. After the trial period ends, though, YouTube Premium will cost $11.99 per month.

What is the Full Form Of BTS Army? – Check Here!

It broadcasts the concert and follows the performers as they discuss their opinions and traverse the world. It also includes individual interviews conducted following their final concert of the tour in Paris. Bring the Soul: The Movie was launched on Bangtan Live’s Facebook page, but the six-episode docu-series is available on the Weverse app. All of BTS’s unique material can be found on Weverse.

After a month of delays owing to COVID-19 issues, the film was finally released at the end of September. The film follows the band on their Love Yourself: Speak Yourself tour, taking fans on and off the stage in cities worldwide. The Docu-Series was recently released for all their followers to enjoy on the Weverse app. Break the Silence: The Movie will be steadily released to cinemas in the coming month, while it is not yet available worldwide. The film is currently showing in cinemas in the United States while writing this article.

Overall all the bts movies list has been acknowledged in this post. They have gained publicity over the previous eight years due to their hard work, ability, and abilities. They’ve won several prizes and appeared on numerous international tours and reality shows. They strive to provide their very best in all of their performances. BTS has produced several reality programs, movies, and documentaries in which all seven members take part in challenges and games and videos from behind-the-scenes of their tours. However, BTS has only produced 4 films till now.