K-pop music is something very happening that has grabbed the attention of mankind. And when it comes to the K-pop girl groups, it’s not only the music but the mesmerizing beauty of the divas that have equally grabbed the hearts of the fans. But are you aware of what the girls have to go through for giving you a perfect video that holds your heart? From uncomfortable dressings to difficult dance routines, they have to work on various aspects. And the truth is that the girls have certainly proved themselves.

Rose from Blackpink is The Hair Flip Queen 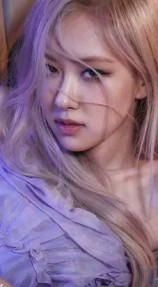 Yes, it is the desire of nearly every girl out there to have that perfect makeup and hairstyle that would flawlessly catch the eyes of the viewers. But just think that you have got that proper hair done and the strong wind blows leaving your hair completely a blunder. This doesn’t happen to K-pop idols who have their luscious locks perfectly made for stage performances. And among all the K-pop girl performers, there is one that surely manages to work out on such issues who is known as the queen of hair flips. But who is the hair flip queen in kpop? She is none other than Rose from the group Blackpink.

Why is Rose called the Queen of Hair Flips?

Born on 11th February 1997, Rose is a South Korean singer who was born in New Zealand. She made her debut with YG Entertainment in Australia when they were holding global auditions. She was a trainee for around 4 years after which she made her debut as a member of the Blackpink group. Rose is the vocalist of the group popular for her tone quality and unique voice. Again, she is also a guitar player. Apart from her connection with music, she is also one of the mesmerizing divas who captures everyone with her visuals. Be it her long hair or her full face, she surely has the best features. Rose is quite famous for her luscious hair that reaches her waist. And it is known to everyone that she keeps her long hair down at the time of performing. Where other k-pop idols have already experimented with their hair length, Rose has still kept its length long. And this has made her win the title of Queen of Hair Flips.

Iconic Moments of Her Hair Flips:

Now that you know that Rose is the Queen of Hair Flips, let’s list down some memorable moments of her hair flips when she gave out Rapunzel moments to the viewers. 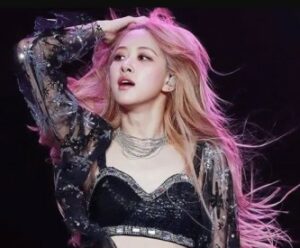 If you are a huge fan of Blackpink, you surely would remember the Coachella performance. The quartet performance created history. All the Blackpink group girls were looking beautiful. But when the wind blew at Coachella Rose gave out breathtaking hair flip moments the fans still remember. And due to this moment, Rose successfully grabbed the attention of the viewers from other group members. 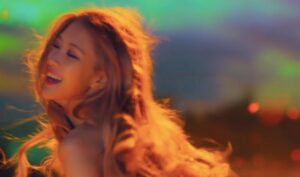 Prior to the launch of this album, the hair flips might be a random catch or view for the fans. But the most iconic hair flip of Rose was seized in the song Kill this Love. According to the choreography of this song, there is a portion in which Rose performs and enters with a hair flip. She flips her hair from over the shoulders. And this increased the obsession with her hair flips to the next level.

Apart from these two, she has taken over the entire audience’s attention in many more performances. She is also a hair flip queen in real life when she was spotted with loose hair locks, flowing locks, etc. in public places.