imac_too Twitter is a twitter handle from Maharashtra, India who tweets on National Politics, Maharashtra Politics, Narendra Modi, Current Affairs, sports and all other news from india. Imac_too is active on twitter since March, 2010 and have around 75,000 followers on twitter.

This twitter handle has done nearly 1,00,000 tweets so far. You can check the imac_too twitter handle on twitter to find more about it. The account handler mostly tweets on politics, right wing and have high fan following as well. 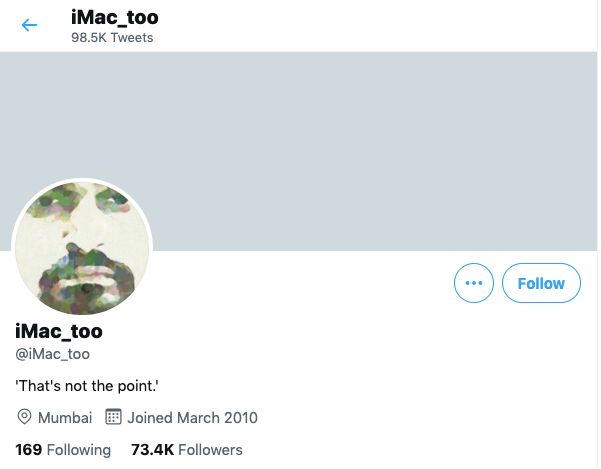