To your surprise, there are people who hate some celebs without even learning about them. But who makes such negative comments? They are none but the antis. Antis are the individuals who disprove or dislike idols. They are usually found getting into unnecessary arguments with the fans of the idols regarding their styling, image, talent, etc.

And hence, the question arises that which Kpop star has received the highest negative comments from the antis. So, here is the list of the top 5 most hated kpop idol males.

According to “Dispatch” a news outlet edition 2014, Baekhyun, one of the popular Kpop star from EXO ranks at the top in the list of the most hated kpop idols.

As per the news, he was dating Taeyeon, a singer from SNSD. And this leads to a major throw-up of hatred from the fans of both stars towards them. They blamed the singer as a ‘cheater’ while Baekhyun was called a ‘traitor’ by his fans.

#2 Who is the most hated kpop idol in BTS?

This has been one of the most searched questions on the internet. As per the sources, Jimin is the BTS star who was once trolled seriously for his looks. Yes, after the release of the album “Blood, Sweat, & Tears” in 2016, this BTS star was trolled negatively by many people for his chubby looks.

He received hate or negative comments on his weight and demanded he should be thin so that his body proportions would look better. Jimin lost a lot of weight after reading such negativity from the trollers.

It was in June 2019 when fans heard the announcement of Hanbin leaving the Ikon group. According to the sources, Hanbin was involved in a drug scandal. When the fans and the group came to know about him being involved in such activity, he was trolled with various negative words.

Due to such pressure, he announced his parting from the group. However, a year later, he came out clean from all the charges related to drug possession.

Thinking who is the most hated kpop idol? In December 2019, MONSTA X group announced the departure of Wonho from the group. 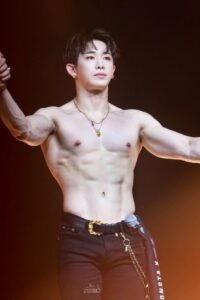 The main dancer of the group was kicked out as the fans of the star had started giving negative comments to Wonho when he was caught smoking weed prior to his debut. However, later in an interview Wonho also apologized for his actions.

Taeyong was exposed by one of his classmates for bullying in 2019. The main dancer of NCT was also found physically and verbally hurting kids around school.

Later, Taeyong also apologized to the victims however, the citizens of Korea refused to forgive the star.

Everyone has their own dark side which shouldn’t be commented on publically. Apart from all these, there are still several kpop stars who receive such hatred or negative comments every day.