The 2022 assembly is going to be a big event in Indian politics. It may change the scenario of the Indian political system and administration. The preparation of the rally has started and all the parties are taking active roles. They are taking various initiatives to win the election. However, the Upcoming Rallies of Prime Minister Modi in UP is expected to be a memorable event in the whole state. Not only UP but people from all major states will participate in this rally. Just before a few days for the election PM Narendra Modi has inaugurated a slew of projects for the state. It will also bring a great impact on the constituency.

It is believed from various sources that Modi in UP will play a major role in the election. The people of UP is much happy with him. Modi in Prayagraj has done some memorable events. In this event, Modi vision is to empower women especially those who belong to the grass-root level. The women will be provided with some basic skills and knowledge which will help them to do something good in their career. 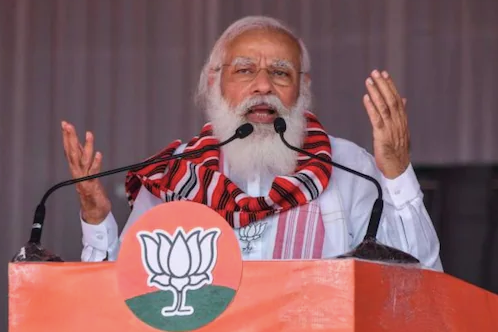 The impact of UP election:

It is hard to say about the impact of the up election. Different people are having different opinions about the poll. It is natural that people will have different views and information about political leaders. Yogi Adyanath has already started making various election campaigns. He is taking every initiative to make the campaign a successful one. The election in UP is going to be a memorable one for everyone. Modi is also making every initiative to get the seatback. It is expected that within a short time the date for the election will be announced.

A complete overview of the 2022 election:

It is a big question among the general masses about the future of the UP Government. The Uttar Pradesh assembly election 2022 is going to be a major event for the whole country. As UP is a highly populated state you will get many political leaders. On the other hand to make the election a big hit most heavyweight political leaders are making regular visits. They are organizing various political campaigns to reflect their works. Most such campaigns are made to showcase the work and activities done by the said Government.

To be specific in the last ten days it is for the second time, that PM Narendra Modi has visited the state. He is making numerous such comments and statements to make the election a successful one. People are attending the campaigns and various sessions. It is tough to comment on what they are thinking or willing to do. It will be reflected in the results of the election. The BJP government is one of the oldest ones is expected to perform well in the election. The rest cannot be fully said. It is based on pure assumptions and predictions by experts.

To be specific PM Modi has made some commitments for the benefit of the people. On 30 acres of land, the dairy will be built at a cost of about Rs 475 crores and will have a facility or structure for processing 5 lakh litres of milk per day. It will be distributed in various parts of the country. Also, PM Modi digitally transferred about Rs 35 crore bonus to the bank accounts of more than 1.7 lakh milk producers associated with Banas Dairy on that very day. It is a great step for the development of the state.

Why UP Election 2022 is important?

Apart from all this, many other commitments are being made by the PM and other political leaders. It is expected many other things will come as the days for the election will come closer. Although the dates for the election is still to be announced it is hoped that the election will take place between February and March 2022. Elections are held to select the right person for the position. The elected leader should be the one who will work for the betterment of the people and put the state in a great position. He must be a person with a strong personality and have good morals in life.