The role of Kpop agencies is to recruit the train a candidate when he or she is young. Some of the candidates that join agencies age somewhere around 10 years. Therefore, most of the trainees who join the agencies are maknae in their respective groups.

Who is the Youngest Kpop Idol to Debut?

The following is a list of 10 of the youngest kpop idols to debut:- 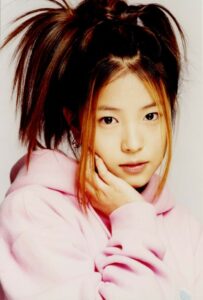 On the 15th of June in 2009 Sohyun debuted when she was 14 years, 9 months, and 16 days old. Before this, when she aged 12 years old, she was a part of Orange which is a child group. However, it disbanded soon after facing cyber-bullying. After this, she was chosen by Cube Entertainment where she was replaced by Soyou in the band, 4minute.

On the 22nd of May in 2008, this idol made his debut. Taemin’s age was 14 years, 10 months, and 4 days when he made his debut with the group, SHINee. Since this band was successful and achieved greatness and stardom ever since its debut, it gave Taemin a chance to be one of the most popular Kpop idols.

Jiheon debuted on the 24th of January in 2018 when she aged 14 years, 9 months, and 7 days only. She debuted with the group fromis_9 where the band was finalized through a reality show where the online votes of the viewers lead to the formation of a new group which came to be known as Fromis_9.

Hyuna debuted when she was 14 years, 8 months, and 7 days old in the year 2007 on the 13th of February. Although she debuted with the group, Wonder Girls however she left the group only after a few months because of her major health concerns. Therefore, after taking a brief, she returned but this time she debuted with 4minute.

Sohee is yet another youngest idol who debuted in 2007 on the 13th of February when she was 14 years, 7 months, and 17 days old; her debut group was Wonder Girls. However, in 2013 she left the group as her contract expired after which she decided of focusing her career on acting instead.

Jisung is the youngest male kpop idol to debut. He debuted when he was 14 years, 6 months, and 20 days old in the year 2016 on the 25th of August. The group through which he made his debut is the NCT’s sub-unit known as NCT Dream.

Jiyoung is commonly known as JY and she debuted on the 24th of July in 2008 when she was just 14 years, 6 months, and 6 days old. She debuted with a group, KARA in 2007. But in 2014, she bid farewell to the group which was the result of her expired contract.

Wonyoung debuted on 29th October 2018 when she was just 14 years, 1 month, and 29 days old. She debuted with the famous IZ*ONE group. Since she had made a contract where she was demanded to work in a group for a few years following which the band disbanded in 2021. Even after that, she went on with her Kpop career where she again made her debut with IVE, a new group.

BoA debuted when she was just 13 years, 9 months, and 20 days old. She debuted on 25th August 2000. As per the record, she is considered the youngest kpop idol that has ever made her debut. SM Entertainment took a risk of sending BoA to Japan to try her luck, and it work in their favor as she became the first-ever Kpop idol who achieved success in the Japanese entertainment industry.

Thus, this are all the information regarding the top 10 youngest kpop idols.