Korean beauties have always grabbed the attention of viewers through their stunning figures and ethereal attractiveness. Similarly, there are various Korean singers or idols who are adored for their mesmerizing beauty by millions of fans globally.

Who is the Most Beautiful Kpop Idol?

Through this article, let’s today list down the top 10 most beautiful kpop female idols.

The list is ruled by Jisoo from the Blackpink group of K-pop singers. She is highly admired by her fans as a singer as well as an actress. 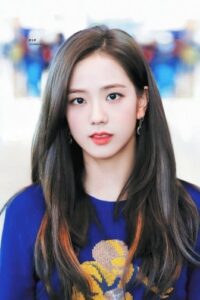 She made her debut as a singer with the Blackpink group by YG Entertainment, and since her first appearance, she has captured the sight and hearts of millions of fans.

The second beauty on the list is from TWICE group of K-pop singers, Tzuyu. Her full name is Chou Tzu-Yu and she is a Taiwanese singer living in South Korea. 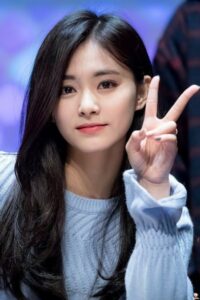 She also ranked first position in TC Candler’s Most Beautiful 2019.

Another diva from Blackpink, Lisa ranks in the third position. Her beautiful face has won several hearts out there. 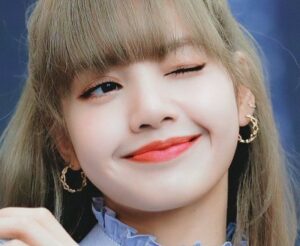 Lisa is also a rapper, dancer, and Thai singer. She is given the nickname “Dancing Queen” by the group members.

Nancy Jewel McDonie, popularly known as Nancy is the next adorable girl on the list. Nancy is an American-Korean singer, actress, host, and dancer. She was also listed in “The 100 Most Beautiful Faces” by TC Candler in which she stood in the 10th position and in “The Most Beautiful Faces 2020”.

Chrystal Soo Jung, whose stage name is Krystal stands in the fifth position from the group f(x). She is not only a good singer but also a gorgeous actress. She has also acted in many famous Korean dramas like The Heirs, My Lovely Girl, Prison Playbook, etc.

Sana Minatozaki is the sixth most beautiful female in kpop idols. Among the other members of the group, she is also considered the most cheerful member who is always wearing a magnetic smile and positivity.

Kwon Eun Bi, popular by the name Eunbi is the next beauty on the list from the IZONE group. She is also the leader of the group. Before her debut, she was also a backup dancer with the Ye-A group. She graduated from the dance department of the School of Performing Arts in Seoul.

In the eighth position is Bae Joo-Hyun from the group Red Velvet. Irene is not only a member of the Red Velvet group but the leader of the group too. She is a singer, rapper, and South Korean actress as well who has performed in various movies and dramas.

IU, whose actual name is Lee Ji-Eun is the next gorgeous diva on the list. She is not only a singer with SOLOIST but the songwriter of the group too. She is also a successful actress who has performed in famous dramas and movies.

Last but not least, Cho Mi-Yeon stands in the tenth position in the list of the most beautiful divas in the K-pop industry. She is admired for her wonderful singing and dazzling beauty. She is the main vocalist of the group and an actress also.

However, these are not the only divas who have grabbed the attention of many people. Some other beauties who are equally beautiful include Kyulkyung from PRISTIN, Seolhyun from AOA, Dayul from DAONBIN, and many more. So, which beauty do you admire the most?